April 2015: sitting in a dark hotel room in San Francisco recovering from AdaCamp in Montreal and travel in general, while Andrew used my power of attorney back in Australia to buy a house. (Yes, after much discussion. Still. It was a weird way to have it done.)

July 2015: lying in bed in a sunny Airbnb room in San Francisco, my first day in town, hot and tired and sweaty from jetlag and mosquitos biting me all night my first night in town. Around 7am Val told me online that she had news that Nóirín had died.

Tapas at MoVida, while the couple perched next to us at the bar had a very awkward first date conversation about themselves and we hoovered up chorizo because one day, there may be no more chorizo. More than the meal I remember the freeing feeling of wandering around after dark, something I do so little of now.

The really quite good sushi I bought several times from Walgreens at 135 Powell St San Francisco. It got me through the dark and tired period of buying the house in the gloom of Hotel Union Square in April; and it got me through my two night stay in San Francisco in October for a job interview. Fatty, slippery, and tasty. Goes down well when you want to hide out in San Francisco with a blanket over your head.

Fish tacos at Verde in Kapaa. The fish of the day is always `ahi or makimaki — and why not have both? Verde is a physically non-descript restaurant, but the tacos are memorable. It became very clear to me that I need to seek out a lot more Mexican food before having an opinion on it.

A vastly inadequate photo of the best sunset I’ve ever seen, over the equator flying from Sydney to Vancouver: 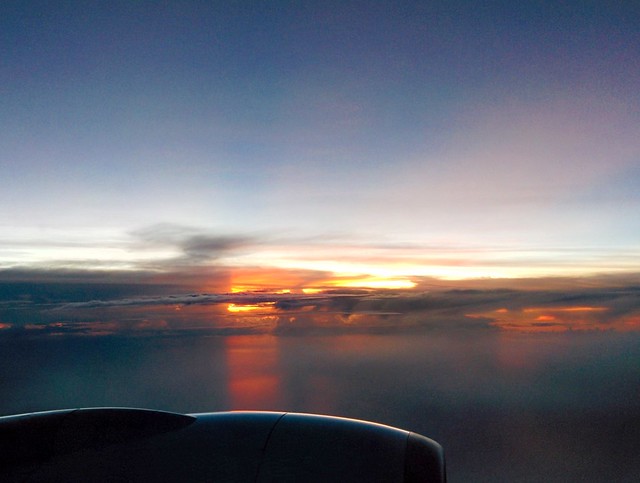 Goodbye to San Francisco, after we shut down the Ada Initiative: 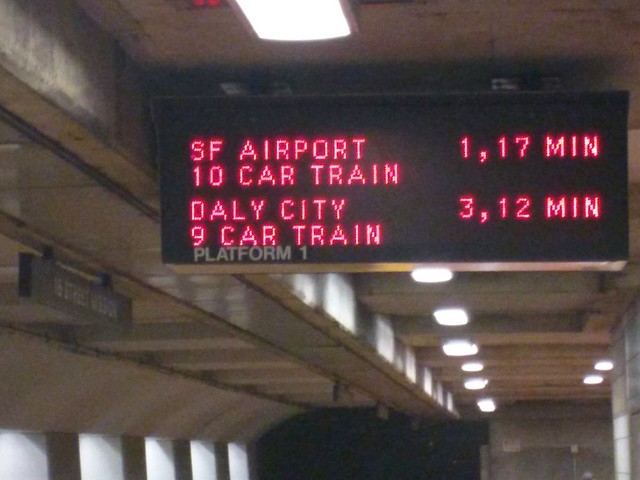 A slightly fun mirror-selfie in Bondi:

If you’re after quality rather than feels, have a look at my Bondi to Bronte and Kauaʻi photos

“Child piles”: encouraging both my children to flop on top of me. They also like to hug each other. V has got bony but he’s also got a lot more considerate in the last year, so we’re having some great hugs.

Returning to the slopes at Thredbo and not falling down. And the feeling of getting my skis back under me occasionally when I started to lose it. And hot doughnuts after skiing wrapped up each day.

My two visits to Dolores Park in summer and autumn, enjoying sun and grass and sometimes slightly too many people, and nice views of distant fog, and even, one time, a rainbow. I want to go to Northern California with my family someday. Someday!

Video: Hamilton’s “Wait for It” – Gypsy of the Year 2015
Can you imagine?
The flotillas of the Rohingya. While they were at sea, a friend of mine said that this was what it was like, to know a genocide was going on but not doing anything.

The Prime Ministership change in Australia. I am not a huge fan of the “they’re all the same anyway” analysis; I well recall that argument being made at the last Federal election, referring to a Rudd-led ALP government and an Abbott-led Coalition government. I don’t think Turnbull is here to govern for people I wish he would govern for; I don’t think the change was nothing either.

The entire Syria and ISIS and Middle East and global terror catastrophe, but particularly the Paris and San Bernardino attacks; and France’s frightening response with regards to civil liberties. I don’t feel, from this distance, like the US has responded as intensely after San Bernardino, but after Paris they had less far to fall. And in contrast to many other countries, especially mine: Germany.

The sea spraying in my face for a half hour standing at the railing on a motor boat between Niʻihau and the Nāpali coast of Kauaʻi, to a degree where my eyes were stinging. Blood was dripping down my ankle from a previous fall on the boat. Nevertheless, it was exhilarating; my happiest moment alone for the year.

Motion sickness as I haul giant floating rafts up five flight of stairs for V at Wet ‘n’ Wild; wishing there were queues there that day so that I could get it to subside between rides.

Some of the first times my daughter has really hurt me: leaning too hard on me, jumping on me, squeezing my fingers tightly. She does this so little still that I get excited about how she’s growing up.

Writing memorials for Nóirín and Telsa.

“Mixed feelings” is the right characterisation of how I felt about shutting down the Ada Initiative but sadness is in the mix. Specifically, I wrote the business case for shutting it down. It was very convincing. Sadly.

Cutting people who’ve died, and people I’m not in touch with, from my Christmas card list. Relatedly, recalling a three-person conversation to which both the other parties have since died.

Work in the technology industry again, in the technical hierarchy. I’ve never stopped coding, and I’ve learned a lot about project management since I last worked in this way (in 2005). Even interviewing for positions has taught me what a different person and employee I am now. Watch this space!

An intermediate run on skis. I’m skiing twice in 2016, this really should be do-able I hope. My long term ambition probably ends at “can ski the bulk of blue runs on Australian mountains”. That’s lots of variety.

Getting to grips with Melbourne, which I will be visiting a lot. My familiarity with Melbourne right now is so low that I got a takeaway coffee there this year and had no idea where people go to sit down anywhere inside the CBD. A place I like to go and sit would be a good start.

So prosaic, but I would love to get daycare for my daughter in the suburb we’ve moved to, and resume our walking childcare run. It got me outside and moving every day. That’s really really turned out to be something I miss. I guess a broader version of this is integrating into the neighbourhood and suburb more, since we plan to be here a long time. Having V in the local school will help a lot.

Growing my circle of adult friends in Sydney. It is, as always, somewhat more healthy in San Francisco than it is here.

And… the continuing emergence of a persuasive economic reform plan from the left. Basic income and wealth tax experiments!

Feel free to answer my end of year prompts yourself!