End of year reflections: 2016, at its low points, has been the worst year of my life, and many people including me fear that it is the year that marks the beginning or escalation or point of no return for a time of increased oppression, war, and death.

This is thus hard to write, but 2016 was also a year in my life, such as it is, and remembering is part of living as best I can, so here we are.

There are several pieces of writing that have been important to how I feel about the world right now, here’s one:

I wrote a poem in response to a question I’ve been asked often this week. Take care, everyone. pic.twitter.com/hozzcE7mg7

(Transcript of poem at the bottom of the entry. If this poem speaks to you as it did to me, consider tipping its author.)

May: Another visit to Dolores Park, a place in San Francisco that’s been important to me in 2016. I was restless and in a bad mood so I walked up and down the hill, around and around the park, and then up to Market Street as the sun set and along and eventually caught BART back after dark had fallen and I’d walked several kilometres.

September: A family member who is ill and was visiting for medical treatment came to lunch at my house with other members of my family. My daughter A, who was 2¾, had taken a long long time to come out of her shell with strangers, and was only just starting to agree to interact with them at all. But she ended up playing with water guns with the teenagers, aiming water at our window where adults were protecting themselves, while dancing and cackling.

November: I found out Donald Trump was likely to win the US Presidential election on my final day of isolation due to radioactive iodone treatment for thyroid cancer. I was out of strict isolation in hospital but still not allowed to be physically close to anyone, particularly my children, so I was driving a carshare car by myself to visit my parents. It was a rainy drive, I stopped in the light mist at Sutton Park to go to toilets there — it’s a lovely park and rest area largely used as a chance for a loo break — and looked at the news on my phone and then drove down into the bright sunshine and ludicrous green on the other side of the mountains and started thinking through the implications.

All in the US, where I spent six weeks this year.

2. September, SHED Cafe, Healdsburg: a lemon pancake which was in fact a lemon pudding. Not even in disguise, it came in its own ceramic dish it had been cooked in. It wasn’t self-saucing or it would have been lemon delicious pudding in disguise. It was left off the order originally, I got two kaffir lime waters in apology. Unnecessary.

3. October, Andrew’s Cheese Shop, Santa Monica: a work dinner, comprised of gourmet grilled cheeses with matched beers. Again, I would never ever think to do something like this for myself.

The first day of a silly between-jobs project of exploring the City of Sydney swimming pools: 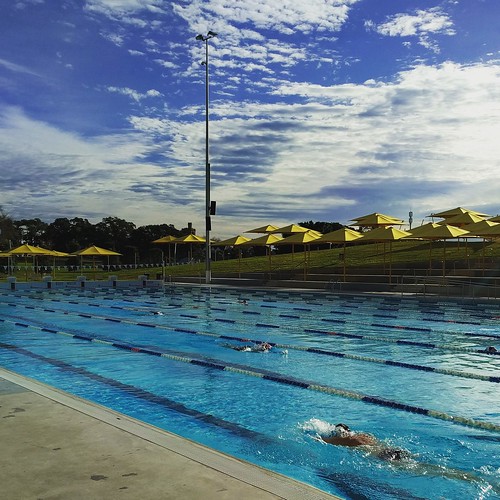 A selfie I’m pretty happy with: 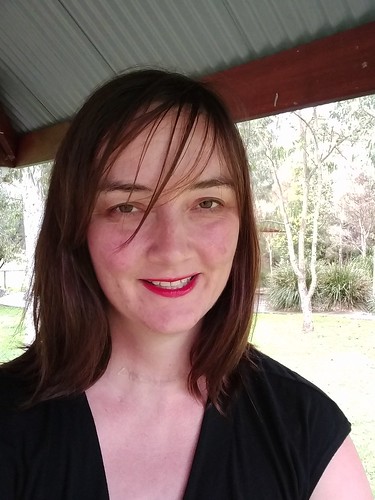 I was still taping the thyroidectomy scar at the time; it’s more purple than it looks there.

Someone climbs a rope, hands-only, as the sun sets over Santa Monica beach: 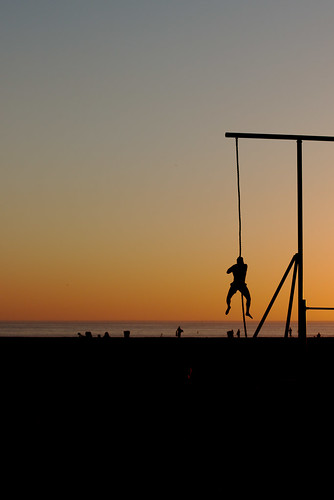 1. I did do the intermediate run on skis I wanted. The very first one was the result of a misunderstanding; my skiing buddy thought I’d done intermediate runs in Australia and therefore after warming up could do one at Heavenly. Instead it was a first. The day went downhill (ha) after part of the resort was shut due to wind, and we missed lunch, but the cold grey morning was lovely.

2. Being taken to the ward after my thyroidectomy and having Andrew smile at me and squeeze my hand during the brief moments I was able to be awake for that afternoon.

3. The feeling of my hair swishing on my neck now that it has grown long enough.

Putin, I think? I’ve talked enough about the US. So: Putin, Aleppo, Brexit.

This is not fine.

You have to be a better and stronger person than I am to find something else to say.

1. “Koala” snuggles with my daughter, who is not as demonstrative as her older brother, except when she curls firmly into me to avoid anything or anyone she doesn’t like. Or when she’s ready for bed. Fierce sleepy marsupials are about right.

2. The taste of Haigh’s chocolates on several occasions: I bought them for myself for both cancer treatments, and when I left my job mid-year (between treatments). I remember the sweetness of the cremes, so sweet it hurts, but what I recommend is the truffles.

3. The taste of lemon sherbet boiled sweets. I went through a bag of them on medical advice during the radioactive iodine treatment; the I131 also gathers in the salivary glands and gives them mild radiation burns. Getting it excreted is the main fix, hence sour things.

1. A number of serious illnesses that aren’t mine, so aren’t mine to talk about.

2. Speaking of illnesses, but that are, or were, mine, the morning before a surgery is always a terrible time for me.

3. I actively chose to switch jobs again this year, but it was really hard and sad.

1. I’ve started cycling in the last few months of this year. It’s a nice ride just shy of 4km with enough hills to get some exercise and a long bridge ride. In 2017 our ongoing ridiculous childcare situation will be improved, and I’m hoping riding three or four days a week will be my normal thing.

2. A peaceful week-long holiday with Andrew and the kids at Lake Macquarie. I find skiing hard work, so this will be only the second relaxing holiday we’ve all had together in the three years since my daughter was born.

3. As little travel as I can get away with. I’d love to clock up six months without a boarding pass.

This year, a very close cousin of “three fears”.

1. I hope my strong and wise friends are here and fighting and see something good growing from their hard work and their fear.

2. I hope it’s still possible to work for US headquartered employers in my industry without rapidly worsening complicity in human rights abuses.

Transcript of the poem by Saladin Ahmed:

How do you talk to your kids?

Tell them no one can tear
apart their family

Even if it’s a lie

Tell them that no one can take
away their home

Even if it’s a lie

Give them knives
Give them the sturdiest wax
you can find

Teach them to make candles

I came up with my end of year prompts in 2014, feel free to use them yourself.