Reading over last year’s (very dark) reflections, I would say 2017 was not the year I feared. While it will take a few years yet to tell what 2017 really was to the world, for me, it was a quiet and quite inward looking year, after a very hard 2015 and 2016.

January: I was ill and taking regular naps at work; weirdly easy to go to sleep. Dark rooms, trip-hop through my headphones, and free associating.

May: New York City, so overwhelmed in a new job and so jetlagged that I worked a fifteen hour day and fell into bed for a brief sleep when I lost the ability to speak English.

November: Snorkelling in the Whitsundays, wishing again and always that I had scuba equipment, but happy and peaceful in the water.

May: our wedding anniversary meal, degustation at Restaurant Como. Especially the rose-and-raspberry Eton mess, adding a bunch of subtlety to something that’s usually more like a hammer for a sweet tooth.

May and November: sashimi at Asuka Sushi. In planning to visit New York a few times a year, I wanted to find a few rituals to get me through the visits. Sashimi seems like a good choice. Protein versus jetlag.

Throughout the second half of the year: the truffle oil dumpling at the Din Tai Fung outlets throughout Sydney. As with making an Eton mess subtle, this makes truffle just subtle enough. And there’s only ever one of them…

This represents being happy at work to me, although it’s also a million years ago in 2017-career-time. I was a newbie facing her first performance review, not the incoming manager of the team): 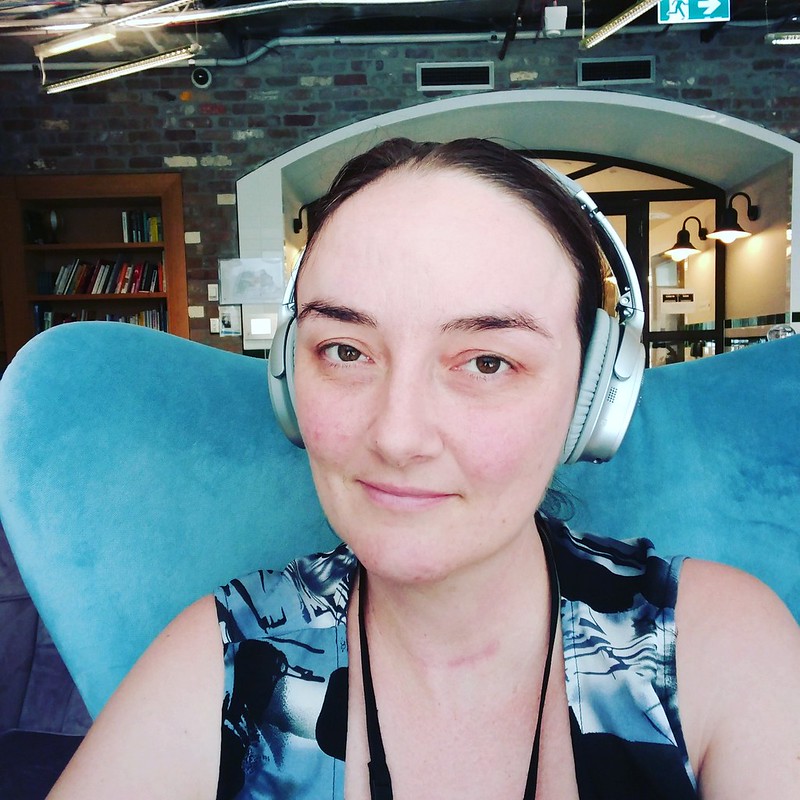 By the following cycle, I was doing performance reviews for other people.

A sweet boy and his baby cousin: 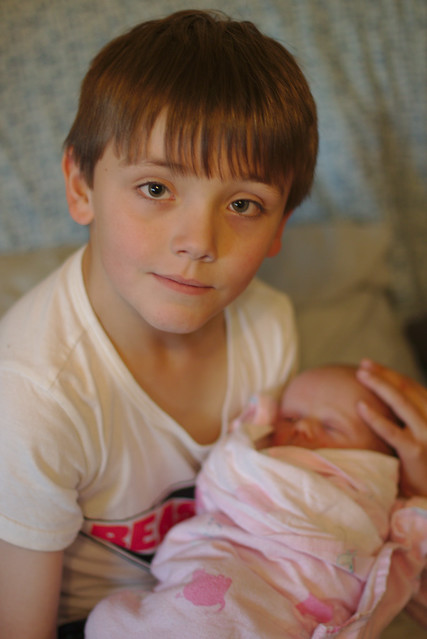 The sun setting over the exit from Monk Park in Tamworth, a walk I did many times as a child: 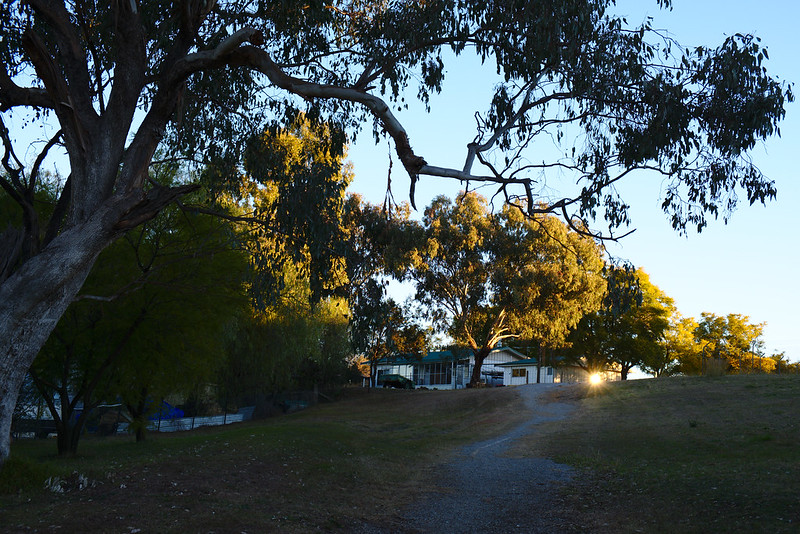 Throughout the year: bike rides to work after a fresh service and with full tyres, fast climbs for a change.

May: our wedding anniversary weekend away west of the mountains. Wood fire, hot tub, creek nearby, eucalyptus leaves glowing yellow-green when the sun shone through them.

August/September: the week when skiing finally clicked for me. Mid-week, I led Andrew down a narrow run that neither of us had seen before. With my daughter ill on the last day of our lift ticket, Andrew took care of her in the morning while I did my last ski runs; three each of the intermediate runs on Merritts Mountain. Two falls all week; one the now traditional collision with Andrew. Lots of fun.

January: the first of the Trump travel bans, the one that proposed to limit green card holder travel to the US. Protests at US airports, mobilisation inside my workplace. I ran a fundraiser for a few tens of thousands for refugee rights activism in Australia.

February onwards: Reflecting on one very, very strange year at Uber and the ongoing work of The Silence Breakers, whether named in Time or not. Australia’s version, I think, is just firing up.

December: the passing of Marriage Amendment (Definition and Religious Freedoms) Act 2017 on the 7th. I wasn’t in the country when the postal vote results came out and it became clear that fears that the ‘Yes’ vote would be complacent about turning out were unfounded. And I wasn’t following the parliamentary progress either, so I had to catch up that evening. I got a rather mystified Vincent to watch it carefully.

Throughout the year: hypnagogic hallucinations, almost every night. I’ve occasionally had them before but not nearly so constantly. They’re more like dreams than like free associating for me; they have images and plots. They’re mostly harmless; they’re only somewhat annoying in that I usually wake up from them a few times before going all the way to sleep.

November: New York, around −5°C and windy. Despite my (excellent) new winter coat that I bought for that trip, the cold surrounded my legs in their thin trousers and got up into my core that way. I run very hot, thyroid or no, so getting truly cold on a short walk is very memorable.

November again: sleeping under the stars on a boat in Queensland. I was committed to the outdoor plan as soon as I heard that the cabins often get above 30°C at night. The first night I was short a blanket but really tired, so I woke to squint at the stars over and over before sleepiness won over chill. On the third night, it rained just enough to wake me gently, and not enough to drive me inside.

May: my uncle Rob died of a brain tumour aged 57, just shy of nine months after he was diagnosed (alluded to in last year’s version of this). I wasn’t in the country for his funeral; I flew up to Tamworth the day before I left and drove my teenage cousin around to shop for soft drinks to be served at his wake.

Later in the year: another friend was diagnosed with cancer.

I’ve thought more about Nóirín again this year. It was the year of the silence breakers after all, and of course the Ninth Circuit ruling. Nóirín was one of many silence breakers who paved the way.

We’re heading to Kauaʻi in January with some of my friends, the first time we’ve travelled overseas with both children and both adults. I’m a bit wary of what it will be like, with Vincent the child who is only alive around other children.

I’m going to do an introduction to sailing course early in the year, and if it works out, train through to day skipper so that we can charter sailboats for weekends away. Like camping, only with more water, wind, and creature comforts. That’s the theory.

New York is my main work travel destination, so I’ll be there again at least once. My parents are hoping to join me for one trip. I’d like to spend time in Brooklyn while I’m there.

Some good news about climate change, whether statistics or serious political will.

Travelling to North America with my family. This is somewhere between a hope and a plan; I’ve barely begun putting it together. But it is increasingly strange and sad having two lives, one as a single career woman in North America and the other as a married mother of two in Sydney. Andrew and I have both walked the High Line in New York, but never together, both explored Lands End in San Francisco, but never together.

An easy one: I hope it rains all day at some point. It’s been a dry year; I really miss a good rainy day.

I came up with my end of year prompts in 2014, feel free to use them yourself.